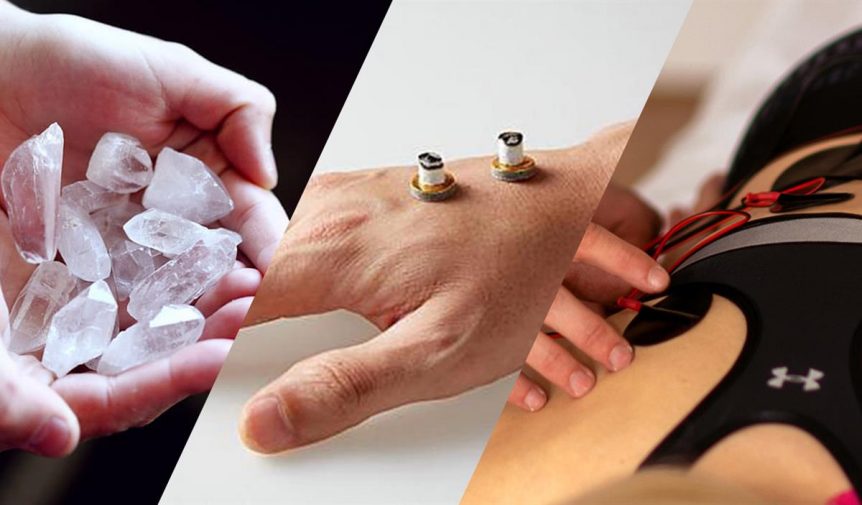 The Transcutaneous Electrical Nerve Stimulation (TENS) unit is a device that uses electrical current to stimulate tendons, muscles, and nerves. It’s used in Acupuncture due to its effectiveness in reducing pain.

This device can manipulate the intensity, pulse, width, and frequency of the electric current. It’s normally placed on the skin or connected to acupuncture needles using electrodes. The correct intensity of electrical stimulation is important in order to deliver pain relief when a TENS unit is used.

The use of the TENS device should be discussed with an acupuncturist before application since frequency and duration might differ depending on the condition being treated.

Moxibustion is a conventional Chinese medicine technique that entails the burning of mugwort, a small, spongy herb, to facilitate healing with Acupuncture. The purpose of moxibustion, as with most forms of traditional Chinese medicine, is to stimulate the flow of qi, maintain general health, and strengthen the blood.

The philosophy behind acupuncture and crystals is that crystals (or healing stones) produce light and electromagnetic energy that enhances Acupuncture’s ability to promote the direct flow of energy. It helps to heals not only mental or physical problems but also spreads positive energy resulting in the prevention of mental or physical illness.

Are there similar treatments like acupuncture that do not involve the use of needles?

Related techniques include acupressure, which involves the application of pressure on acupuncture points using fingers or thumbs. Laser or Electrical stimulation might also be used.

Electrical stimulation is a method used to make the muscle contract with the help of electrical impulse created by a Transcutaneous Electrical Nerve Stimulation (TENS) machine.